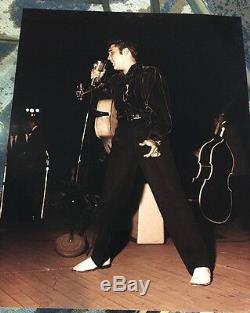 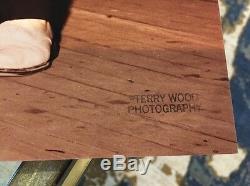 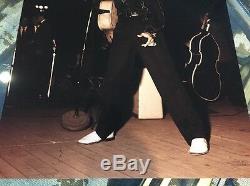 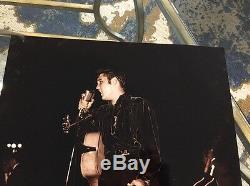 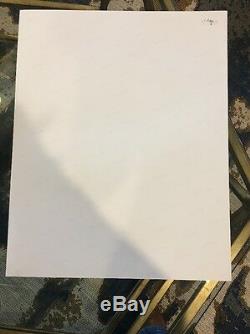 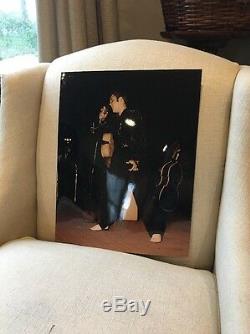 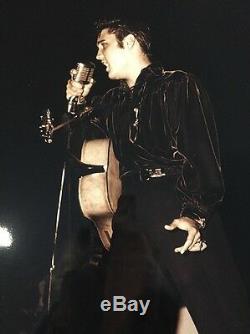 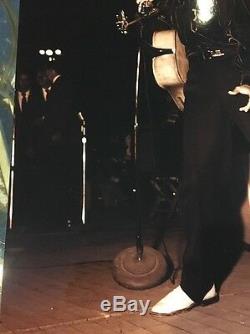 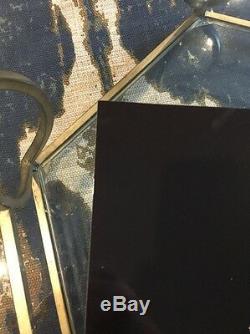 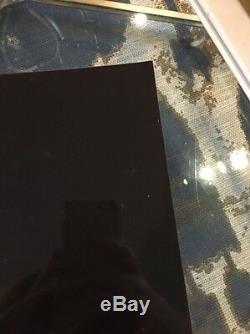 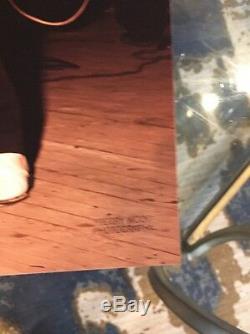 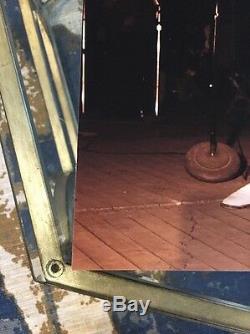 This photograph is a print from the original negative. Photo taken and developed by Terry Wood, Elvis photographer in Tupelo, MS.

Terry has since passed away. There were only four and this is one of them! In new condition, printed on glossy. This was a part of photographs that chronicled the events of September 26, 1956, when Elvis made his triumphant return to Tupelo, Mississippi to perform a pair of shows in his hometown.

The legendary appearance at the Mississippi-Alabama Fair & Dairy Show caught Elvis star in its meteoric rise. His first film was ready for release in just a couple of months and he already had several huge hits on his new record label, RCA, including Heartbreak Hotel, Dont Be Cruel and Hound Dog.

By 1956, Terry Wood was already an established photographer in Tupelo, having opened his studio, Terry Wood Photography, two years earlier in 1954. The city hired Terry to document the various festivities related to Elvis Presley performing at the Fair. This included the parade held earlier in the day, the presentation to Elvis of several gifts and, of course, the performances themselves. Wood started his day capturing images of the parade that ran through town, featuring several Elvis-themed floats. The residents from Tupelo and the surrounding towns came out in full force for the spectacle.

After snapping just a few street-level shots, Terry sought a better vantage point on the roof of a local business. This change in location provides us with seven wonderful, birds-eye view shots that really capture the breadth of the parade participants and the huge banner that reads Tupelo Welcomes Elvis Presley Home.

Once he arrived at the Fair, Terry positioned himself to capture photos of every key juncture, including Tupelo Mayor James Ballard presenting Elvis with the guitar-shaped Key to the City, Mississippi Governor J. Coleman on stage reading a proclamation honoring Elvis, Elvis being interviewed backstage, Gladys Presley being presented with a gift, actor Nick Adams being introduced on stage, and the crowd of girls that rushed to the edge of the stage as the matinee performance began. Perhaps most interesting of the non-performance shots are those of Elvis relaxing backstage, talking with a few fans and letting his guard down.

The photo is one of seven images of Elvis on stage which include some of the finest ever seen from the Tupelo concerts. Both the matinee and evening performances are represented, including the phenomenal shot taken from behind D.

Fontanas drum kit that shows Elvis thoroughly enjoying himself mid-song in front of the huge crowd. The poor National Guardsmen charged with holding back the throngs of girls pressing against the stage appear to be in distress, but that doesnt stop one of them from taking a smiling peek over his shoulder to watch the show. A photo from the matinee captures Elvis in full croon, while the sweeping backdrop of the crowd includes a clear view of 14-year-old Tammy Wynette, hand extended towards the stage. This offering presents an unprecedented opportunity to acquire a unique archive of a professionally captured image from one of Elvis Presleys most legendary performances. Please check out my store for other items!

All items are from a smoke free home. Thank you for your business. Please contact with any questions. The item "Elvis Presley Concert Photo From Original Negative By Terry Wood RARE" is in sale since Thursday, September 13, 2018.

This item is in the category "Entertainment Memorabilia\Music Memorabilia\Rock & Pop\Artists P\Presley, Elvis\Photos". The seller is "tupelothrift" and is located in Tupelo, Mississippi. This item can be shipped worldwide.