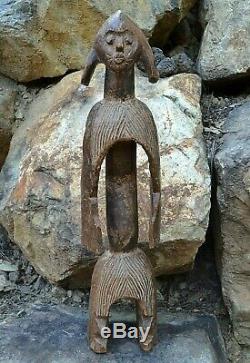 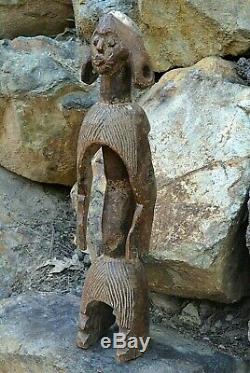 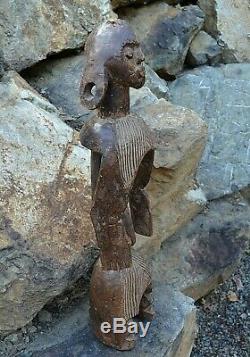 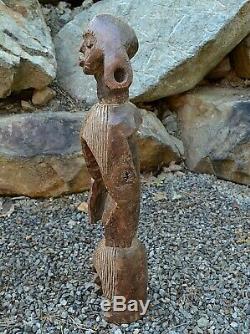 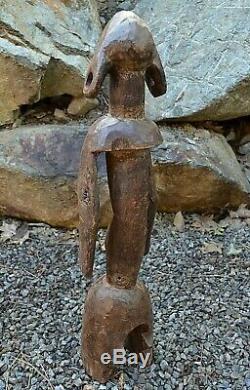 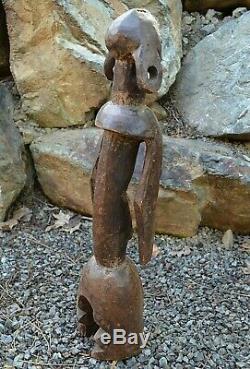 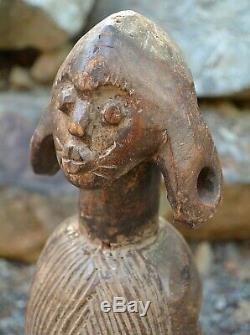 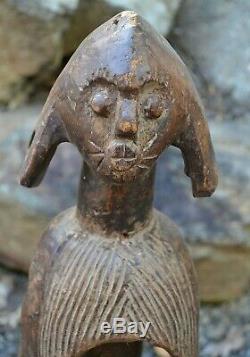 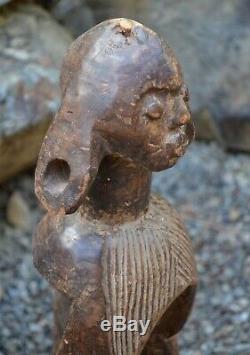 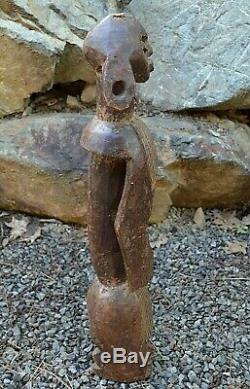 This is a hand carved antique African Mumuye tribal people wooden statue depicting a Iagalagana ritual female figure with distended earlobes which was collected from Nigeria, Africa. The Mumuye mostly live in northeastern Nigeria in a isolated region that is bounded by the bend of the Benue River and the Cameroon border. With no royal system, the Mumuye are organized by age classes and choose a village chief who is assisted by a council of elders. The Vabong is a secret society which regulates Mumuye religious life. Although Mumuye tribal people show great respect for their ancestors the Mumuye tribal carvings do not depict their ancestors but rather incarnates tutelary spirits.

Mumuye artists are famous for their wooden statues known as Iagalagana. This Iagalagana figures were used by diviners and healers as well as common villagers for such things as to diagnosis and cure ill health, protection from misfortunes, guard the home place, serve as owner's confidant who would have detailed conversations with their statue and the figures were also used in trials of men who were in dispute with one another - they would swear on a statue and then kiss it. Elders used them to reinforce their status in society and most figures serve two or more of these functions.