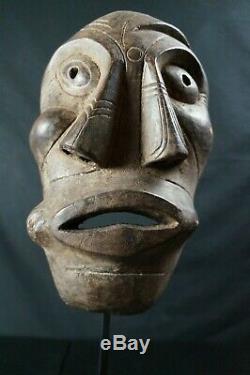 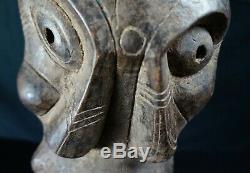 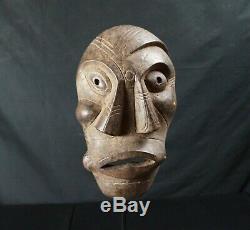 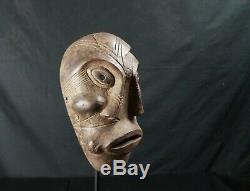 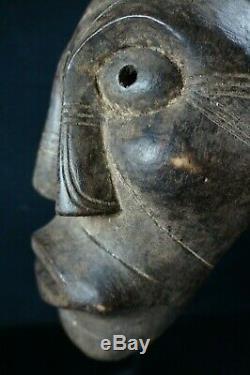 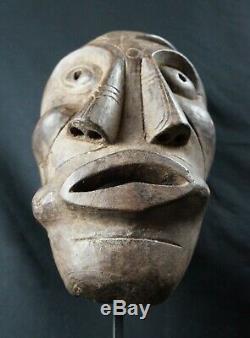 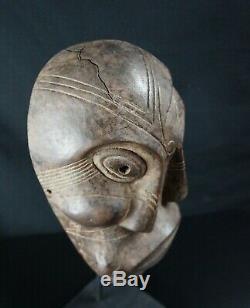 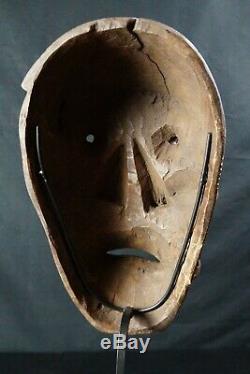 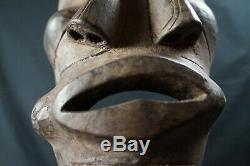 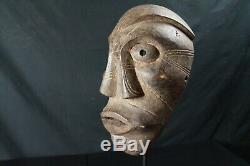 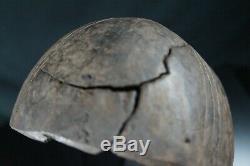 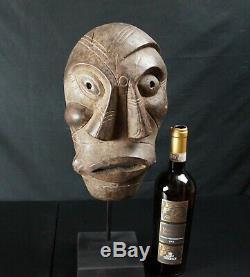 20th century darkened Ammassalimiut shaman mask, from Greenland. Driftwood, wood carried by the sea that the Inuit used to store along the coast, was by far the preferred wood for masks by the first half of the 20th century, as it was lighter than massive Arctic wood. In more recent times instead, due to the abandonment of the use of collecting driftwood and perhaps also due to a change in aesthetic standards, the masks carved in local wood became the majority.

The Greenlandic masks (much rarer than other Inuit masks, such as the Yupik) had a strictly shamanic function. Gives off a light, very pleasant smell of resin. It has cracks on the top, as can be seen from the penultimate photo. However overall the piece is extremely solid. 12.6 inches tall (about 32 cm), check out the last photo to see the dimension. Weight: 27.1 oz (770 grams). Certificate of authenticity or any other kind of documents are not included.

I managed to put these works together over the years with the help of the network that Ive created from my anthropological studies. Most of the pieces come from European private collections, and many have been part of my personal collection for some time. From Late 19th To Early 20th C. GREENLANDIC Ammassalimiut Mask INUIT" is in sale since Monday, July 29, 2019.

This item is in the category "Antiques\Ethnographic\Native American". The seller is "rockwater2" and is located in Poznan.