200528 An old Islamic school writing board from Harar Ethiopia 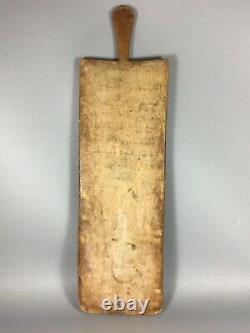 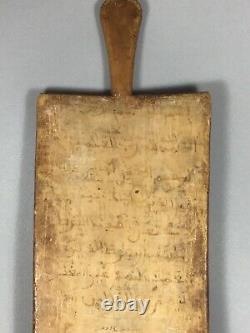 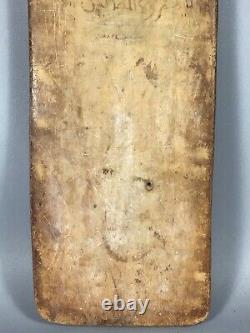 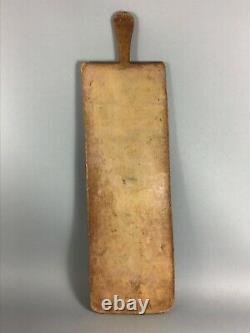 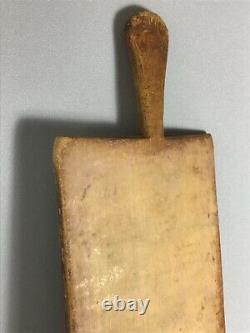 An old school writing board, from Ethiopia - Harar. Length: 60 cm Width: 17 cm. Although nominally a Christian country, Ethiopia has a large population of Muslims, as well as many tribes who belong to neither religion, and have animist beliefs.

Writing boards were used instead of paper, an expensive import, at schools attached to mosques, or at classes held in the tents of nomads. Their use extended throughout the countries of northern Africa, from Mauritania on the Atlantic Coast in the west, to Somalia on the Indian Ocean coast, in the east. Pupils, whose first language was not usually Arabic, were taught first the Arabic alphabet, then religious phrases, progressing to extracts from the Qur'an, and prayers.

The ink used was a charcoal and water mixture, which could be washed off, and the board re-used. Pens were a short length of reed, cut at an angle to form a nib. Earlier writing is still visible. The stand is NOT included. No hassles, no questions asked. We are usually able to respond within 24 hours. This is a rare Shield found in the Ethiopian country. The item "200528 An old Islamic school writing board from Harar Ethiopia" is in sale since Friday, May 8, 2020. This item is in the category "Antiques\Ethnographic\African\Other African Antiques". The seller is "africa-gallery" and is located in Hengelo OV.