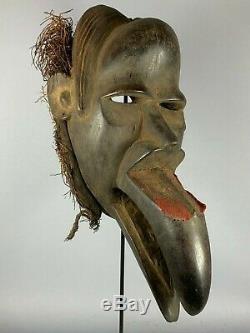 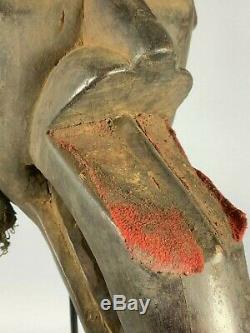 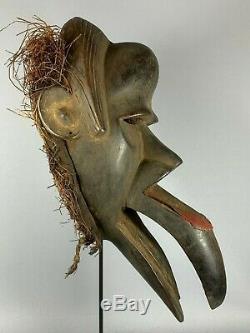 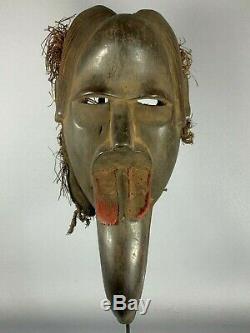 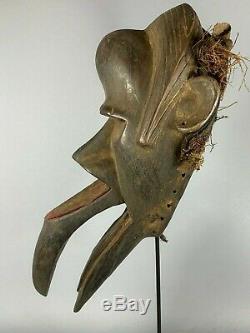 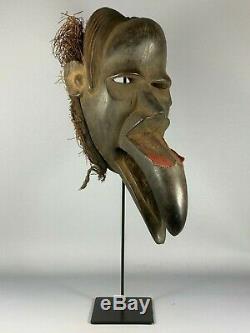 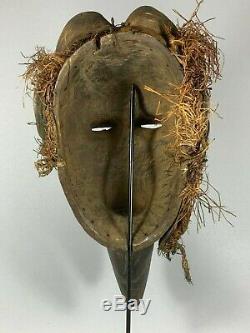 And into Liberia, where the land is forested in the south and bordered by a savannah in the north. They make their living from farming cocoa, coffee, rice and manioc. They also live off game and fish. The Dan have the reputation of being fierce warriors, always battling their neighbors, the We, the Guro, and the Mano.

From a cultural viewpoint the Dan are close to the We populations situated in forest regions of the south, and against whom they have waged innumerable wars. Lacking a central authority, the various groups had neither a political institution nor unity. The village is under authority of a chief and a council of elders. In addition, there were male associations that attempted to bring about a socio-political unity, reinforcing rules of behavior, demanding absolute loyalty and obedience from members, and giving an initiatory education to the young.

These societies called upon the tutelary spirits of the bush. The most powerful, even today, is the secret society of the leopard, the go , which, without having fully achieved its stabilizing and unifying goal, nevertheless grows from one year to the next. The leopard society acts as a major regulator of Dan life and initiates young men during their isolated periods of three to four months in the forest.

In order to attain adult status, all the boys and girls of the same age-group undergo an initiation that includes, in addition to specific teaching, circumcision for the former and clitoridectomy for the latter. To underline the transitional aspect of this trial, it takes place in the world of the bush the realm inhabited by spirits who, like the ancestors, can play a mediating role between humans and supreme being Zran. The Dan people are noted as fierce warriors but are also notorious for their extensive mask-dance festivities.

This mask which might have once been used for any of pre-war ceremonies, peace-making ceremonies or intermediaries between the spirit world and the village, would have been used later for entertainment purposes. Cowry shells were once the currency in many African communities and were added on this mask to denote affluence. The ropy hairs give the mask a life-like character and so does the painted eyes. By extending into a beard, this shows that this is a male mask, Glen Gon. The stand is NOT included.

No hassles, no questions asked. We are usually able to respond within 24 hours. The item "200102 Old Tribal Used African Burying mask from the Dan Kran Liberia" is in sale since Saturday, January 4, 2020. This item is in the category "Antiques\Ethnographic\African\Masks". The seller is "africa-gallery" and is located in Hengelo OV.